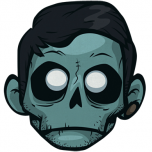 All API requests used on the frontend of stake.com are already whitelisted. If you wanted to create a custom strategy, you could just use those API requests without needing to go through the process o

Hello all, since Stake API's is not currently working anymore, and previous topic about doesn't exists anymore, I don't know IF and when API's will be enabled again, since there is not any info/u

Good, then let's hope your friend and others would will like to share some of their knowledges, in order to help all of us. But especially let's hope normal API's will be enabled again soon, since it'