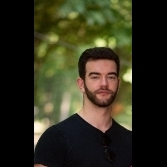 You can claim prizes on the link below until the 25th of October: CLAIM HERE Make sure you are logged in to the proper account Wow. Congrats to the 95 winners! Rewards are increased fo