How does stake's VIP program work ?

By blueflower99,
Thursday at 08:31 AM in Casino Discussion

I Agree, with those stats to lose the host that quick is bad! Come on stake do better! 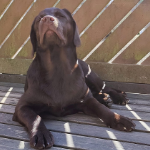 Its most likely due low wager rather than the losses.

What is more important is loss or wager ? The answer was always loss